Pearls Beneath the Waves Bracelet is now published as part of DIY Jewelry Making #64. This tutorial is written by one of our regular contributors – Teresa Morse. Arcos® Par Puca® beads and Minos® Par Puca® bead are combined beautifully to create this elegant bracelet. It shows off the wonderful new shapes. For step-by-step and easy-to-follow instruction, do log in to our member’s area to follow this project. If you are not a member yet, just subscribe from the link here.

Where you can buy materials:

Below is a sneak preview of what you will see from step by step guide available in our member area.

For those of you new to Arcos beads,  these are wonderfully curved beads with three holes. For simplicity I will describe the beads, and instructions for using them in a similar way to that seen in Bead and Button magazine, written by the bead designer, Annick Puca herself Arcos beads have an outside and inside edge, and I will indicate which edge to sew through. They also have three holes, first, second and centre, which I will refer to as FH, SH, and CH in the instructions. So  if I am instructing to sew or pick up through the middle hole from the inside edge, I will say “ …  1A inside edge (CH).”

When measuring the length of the bracelet after your round 6 repeats, add one inch (2.5cm) to include the additional beads and clasp beyond the pearls at the ends.  I used an 8mm round magnetic clasp, but if you have chosen to use a button or larger clasp then remember to include this in your overall length. 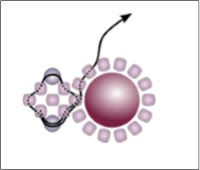 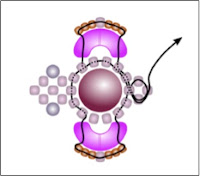 Good news for all beading enthusiasts, crafters and jewelry makers! Gold Membership has been re-launched!

Now, only $5.80/month, you can have INSTANT UNLIMITED ACCESS TO DIY JEWELRY MAKING MAGAZINES WITH OVER 500 jewelry tutorials! 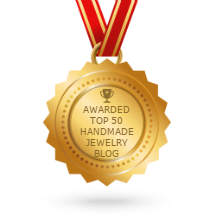